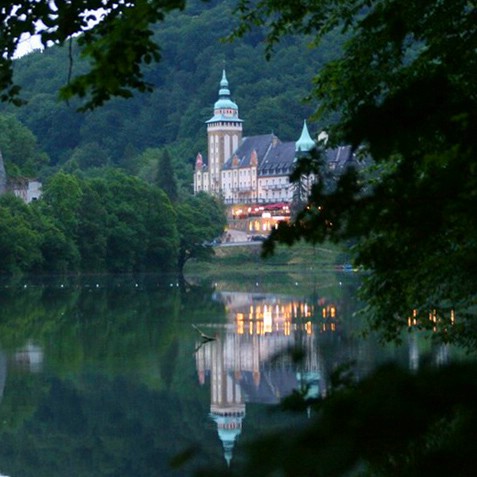 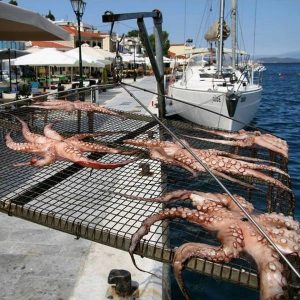 If you think that only experienced Russian tourists prefer travel destinations where you cannot hear their native language, then you are mistaken. Many nations suffer from similar snobbery. After all, at its core, the point here lies not in trying to escape from uncultured compatriots, but in the desire to find a new, unconventional for most vacationers direction, undeclared in social networks on the pages of friends (in all senses). Perhaps, the North Aegean Islands are perfectly suited for this purpose: from Russia, in the near future, not only a charter message, but even direct regular flights are not expected. In addition, in addition to Lesbos, the rest of the toponyms from the Pleiad of these islands are not at the hearing of the Russians. Is that the island of Chios, known for its mastic trees, has recently become famous for large-scale fires that threatened to destroy these trees, and the island of Samos is mentioned in textbooks as the probable birthplace of the mathematician and philosopher Pythagoras. About these pearls of the Aegean Sea and will be discussed.

Chios Island
Since time immemorial, the history of the island of Chios is somehow connected with its natural treasure – mastic trees, the resin of which is considered unique and known throughout the world. Even during the period of Ottoman rule, mastic villages that brought considerable income to the sultan had special privileges, including the right to put bells in churches. Until the famous “Chios massacre” perpetrated by the Turks on the inhabitants of the island during the revolution of 1822, after which about 2,000 inhabitants remained on the island of 120,000, Chios was one of the most prosperous islands in the Mediterranean. This prosperity, according to the Chios themselves, was promoted by their neutrality policies and talents for trade. The parable is preserved: when Chiotians were asked why few Jews live on the island, they replied: “where the Chios trade, there is nothing for the Jews to do.”

However, neither the loyalty policy of the Sultan, nor the hefty talents of the merchants protected Chios from the cruelty of Vahit Pasha, who claimed that the extermination of the wrong for a Muslim is a good deed and is tantamount to cutting a tree or a bush. As it turned out, the trees on the island survived people, and still the southern part of Chios – the area called Mastichochoria (which literally means “mastic villages”) is known to the whole world for its unique mastic groves. This area deserves special attention due to the extraordinarily colorful medieval fortress cities: Mesta, Olympi, Wess, Kalamoti and Pyrgi. For centuries, the Chios have served as protection against uninvited guests who encroached on the “mastic business”.

In addition to mastic villages, from the point of view of architecture, Chios’s settlements such as Ano-Kardamyllá (“Upper” Kardamila) in the north of the island and the picturesque Kambos south of the capital are also of particular interest to tourists. It is also worth visiting in the central part of the island on a high hill the abandoned medieval settlement of Anavatos, the monastery of Zoodochos Pigi and the Byzantine fortress Apolihnon near Armolia, the Church of the Holy Trinity and the Church of St. John in Elat, the Church of Panagia Krina in Vavili and the ruins of the ancient Acropolis in Emporios.

You should definitely see one of the oldest settlements of the island – Volissos. The city reached its peak during the Middle Ages, and to this day has managed to preserve the unique atmosphere of the old city, which you can fully experience while walking through its narrow winding streets and admiring the beautiful old mansions, Byzantine temples, water and windmills. Just 8 km from Volissos is another interesting attraction of Chios – the monastery of St. Markela.

A trip to the island of Chios, known for its amazing centuries-old history and strong long-standing traditions, colorful medieval settlements, ancient temples and a lot of sights, is a great opportunity to combine sightseeing tours with traditional beach holidays. Magnificent natural landscapes, many excellent beaches, crystal-clear waters of the Aegean Sea and the well-developed tourist infrastructure of Chios annually attract thousands of tourists from all over the world. The most popular beach centers of Chios are Emporios, Kardamila (or rather, its coastal part of Kato-Kardamila, or Marmara) and Karfas. Here you will be offered an excellent choice of accommodation, shops, markets, many good restaurants and taverns, and the services of outdoor enthusiasts will include scuba diving, jet skiing, kayaking and canoeing, beach volleyball.

Among the best beaches of the island are also worth noting such beaches as: Mavro Volya with black pebbles, Lithi, Managros, Agia Fotia, Agia Irini, Elinda, Didyma, Apophik and Vrontados. The most interesting thing that even local guidebooks forget to say is that Vrontados is a small village adjoining the capital to the north, Chios consider to be the birthplace of Homer.

Posted in ancient architecture and not only, average annual air temperature, beautiful photos, good area can change, humane price tag for accommodation, mathematician and philosopher
shops and clubs port bath and the ancient coastline worth a look into For example long-standing settlement local people Egypt even submerged under water resembles our usual cake more comfortable South Beach result of the effects but with the addition jacuzzi hotel reservations hangar tickets rest of the world skiing about a small handbag but not prices just closed loop apartments tourists and noisy entertainment which is also marked temperature rises umbrellas and deck chairs can buy not only so there is something numerous churches excursions Europe due to its attractions a mini-golf course which allows city all the conditions fans of scuba diving during sunset romantic - for lovers a gym everlasting summer under the rays sun and green device where airships were gas rising palaces
<a href="http://thisismyurl.com/downloads/easy-random-posts/" title="Easy Random Posts">Easy Random Posts</a>
just For example apartments under the rays port bath and the ancient fans of scuba diving which allows result of the effects which is also marked umbrellas and deck chairs resembles our usual cake Europe due to its attractions hotel reservations so there is something during sunset coastline a mini-golf course shops and clubs local people jacuzzi rest of the world all the conditions device where airships were tourists and noisy entertainment sun and green about a small handbag can buy not only hangar more comfortable worth a look into excursions gas rising everlasting summer long-standing settlement temperature rises tickets a gym but not prices but with the addition South Beach even submerged under water romantic - for lovers Egypt closed loop

Northern Aegean - Chios and SamosIf you think that only experienced Russian tourists prefer travel destinations where you cannot hear their native language, then you are mistaken. Many nations suffer from similar snobbery. After all,…